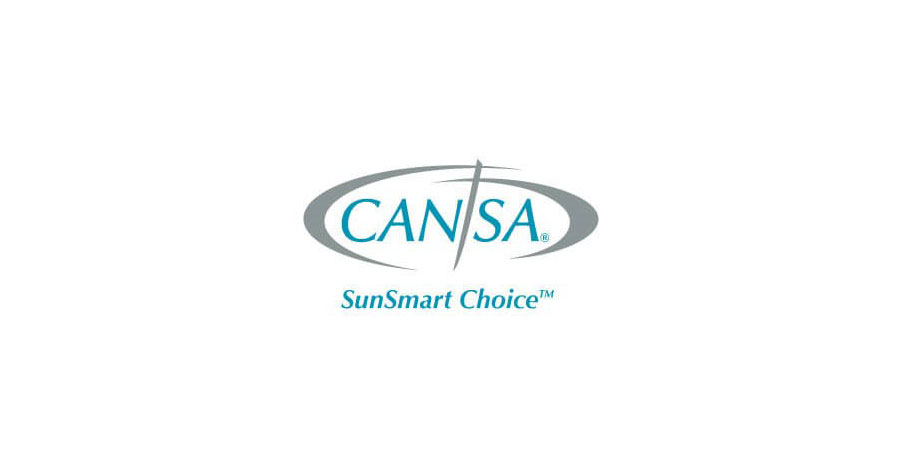 Although our SunSmart Campaign runs from December to January, CANSA reminds all South Africans to be SunSmart throughout the year and especially during Summer.

Sunburn can occur within fifteen minutes, and the damage caused is permanent, irreversible and adds up with each exposure to the sun.

UV radiation is just as dangerous for outdoor labourers, sports people, on the playground or when driving to work, as it is when at the beach or pool. Rays can also reflect off surfaces and cause

It’s getting hotter, so be SunSmarter!

People with blonde / red head hair with light skin, freckles and green or blue eyes are more at risk for sunburn and skin damage and need to take extra care to protect their skin.

People living with the genetic condition Albinism, causing them to be extremely pale, need to take extra

special care when outdoors, as they are at greater risk of developing skin cancer, and it’s important that it be detected early when it can be removed by surgery. They need to wear protective clothing and sunglasses to protect their sensitive eyes. It’s also important that they seek employment in a shaded environment and go for regular examinations to monitor for skin cancer. Sunscreen is available through prescription from the Department of Dermatology at public hospitals. Read more about Albinism and cancer risk…

It is important to take note of the fact that everyone, regardless of racial or ethnic group, is at risk of getting skin cancer. Although people with darker skins are less susceptible, because their skin contains more natural melanin, that protects against sun damage, everyone is at risk from the harsh African sun.

In darker skins, 70 % of melanomas have been reported to be on the lower limb, with 90% of those being below the ankle. The most common subtype, acral lentiginous melanoma, appears on the palms of the hands and soles of the feet. ²

Nikki Seboni believed that skin cancer was a white person’s disease, until she was diagnosed at the age of 25 years. Read more…

There are two main categories of skin cancer, namely, melanoma and non-melanoma.

Melanoma, is less common than other skin cancers, but it is the most dangerous. It is of special importance to note that excessive ultraviolet (UV) radiation received as a child, increases the risk of melanoma later in life. Melanoma is linked with short, sharp bursts of over-exposure, so even one incident of bad sunburn, especially in childhood, can later on in life, trigger damage and develop into a melanoma.

Former Mrs South Africa, Nicole Capper, a skin cancer Survivor says, “As a cancer Survivor sun protection is a massive focus for me. Being diagnosed with malignant melanoma at 25 rocked my world, but I was lucky to have caught it early enough. We’re so aware of other potential health concerns and we make sure we visit specialists annually for other standard check-ups, and yet our skin is neglected for the most part, often until it’s too late. Sunscreen is always healthy. And regular dermatologist appointments should be mandatory. We owe it to our families and communities to stay healthy, and our skin is no exception.”

Non-melanoma skin cancers mainly comprise Basal Cell Carcinoma and Squamous Cell Carcinoma. Of these, Basal Cell Carcinoma is the most common and the least dangerous. These cancers are linked to long term exposure to the sun, for example people with professional sports careers or outside occupations. If left untreated, these can lead to disfigurement, or the loss of an eye, nose or ear, so early detection is important.

Squamous Cell Carcinoma (SCC) is most frequently seen on sun-exposed areas of the body such as the head, neck and back of the hands. Although women frequently get SCC on their lower legs, it is possible to get SCC on any part of the body, including the inside of the mouth, lips and genitals. People who use tanning beds have a much higher risk of getting SCC – they also tend to get SCC earlier in life.

Other skin cancers include:

The following conditions can give rise to cancer or be mistaken as cancer: